A Labor of Love

Why someone creates is very personal for everyone. Is it naturally embedded in the DNA of some people? Perhaps. I have been creating all my life, in several disciplines; and when I lost my mom to suicide several years ago, it became my light of Earendil.

I orginally began "Heart of a Star" thirty years ago, then set is aside for twenty. I blame my rabbits that it got excavated and dusted off near the four-year anniversary of my mom's death. In the process of rewriting it, I made a discovery. I'm not the same person I was shortly before my mom died, and I'm no where near the person I was thirty years ago.

I can no longer write what everyone else claims sells books. Creating of any kind has always been my private sanctuary; one which until recently, was rarely shared with others. Competing for awards or hoping to make a list would only ruin it for me, so you won't find anything of that nature here. I write to honor the people who made me the being I'm still growing into. It's relationships - both with each other and the world around us - that provide a foundation and drive all stories regardless of genre; fiction or non-fiction . There would be nothing interesting to write about with out them. It is because I value relationships that this website was created and made the exclusive home to the art I create, both visual and written.

An Ode to Long-Eared Weirdos

Once upon a time, there was a crazy woman who eventually owned four rabbits. Why? It's a rather long story, so here is the abridged version. Being a knitter/crocheter, she really wanted some fiber producing animals of her own. Sheep and alpacas were not possible in her suburban location. Because she really likes the good stuff for her creations, she embarked on a quest to acquire an Angora rabbit.

The first of these creatures to join her household was from the Houston Human Society. You might say he was a Valentine's Day gift, since he was adopted Feb. 13, 2013.  Who says 13 is an unlucky number? His new mom christened him Mr. Harry Buns, and he eventually became the namesake of a production company. Though it transpired he wasn't an Angora rabbit, he was still very special. Having a business named for him is a fitting tribute, don't you think?

In May 2013, a three-year old English Angora named Angus came along; followed by Lion-head, Mini-Rex cross Benjamin Bunnysworth in 2014; and another English Angora, Lola Rapunzel, in 2015. (She's in the author photos on this site.) Sadly, I lost Buns and Lola in 2020. However, human beings aren't the only ones capable of leaving a legacy. Buns, being my first rabbit, was difficult at first, because he wasn't very tame when I first brought him home. He bit me a few times, but we eventually made friends with each other. Besides two large containers of Angora wool from Angus and Lola; they were sweethearts, and Angus is still my honey-bunny at the age of 11 years. Benjamin has entertained me with his sassy-pants attitude.

Besides the Angora wool and companionship, not long after they came here, they gave me something far more profound then I could ever have imagined. To say I was experiencing deep grief after my mom died, is an understatement, but I couldn't neglect my obligations because of it. Rabbits are prey animals, and you must win their trust in order to work them. It also means maintaining a calm demeanor while in their presence. For a few hours each day, they required me to find peace before I could do anything with them. I'm convinced they saved my own life, and I give them credit for my return to writing as a storytelling medium. I was cleaning cages when it occured to me the time had finally come to resurrect my first book. 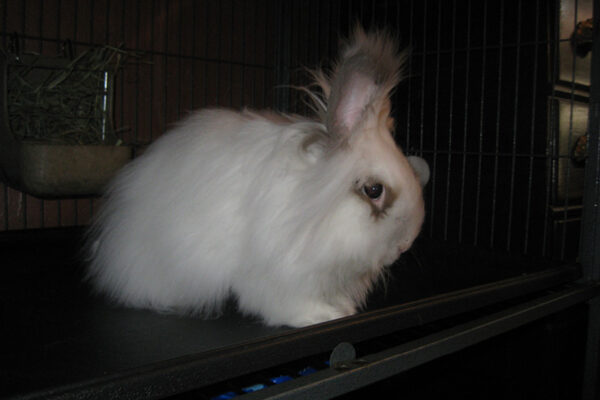 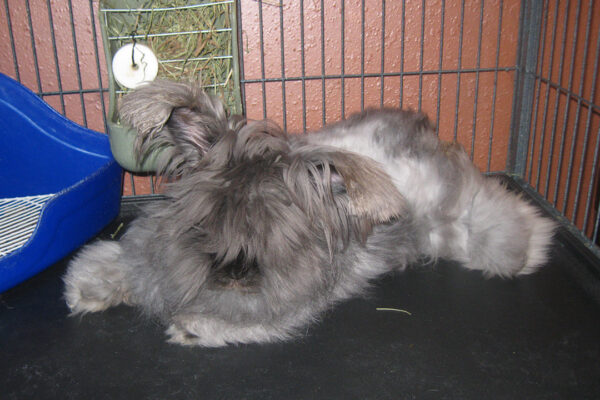 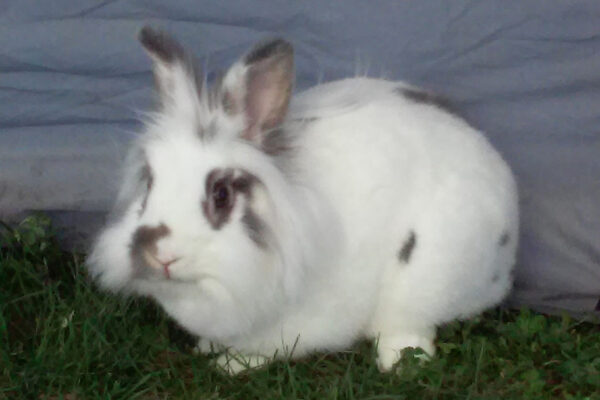